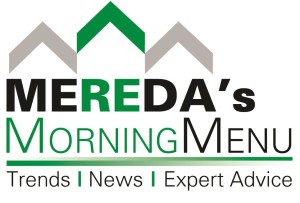 In recent years, many American cities and towns have witnessed a renaissance, with destination cities in particular seeing dramatically increased interest. Typically, the impacts of such demand are felt on a regional scale. A degree of pressure corresponding to this renewed interest in city life has been placed on communities to build in unprecedented ways. With the rise in popularity of living in urban areas, opinions about how such places should develop are also increasing.

Recognizing the crippling effect of NIMBY, or “not in my backyard”, ways of thinking on housing prices, economic stability and general diversity of communities, some forward -thinking activists have begun to affirmatively make a case for growth and development.

Coined “yes in my backyard”, or YIMBY, this movement is an overt counterargument to oppositional mindsets–and it’s gaining traction quickly.

Join MEREDA for breakfast on June 12, 2018 from 7:30 – 9:00 AM at the Hollywood Casino in Bangor for what is sure to be an eye-opening and informational event.

Jesse Kanson-Benanav is a YIMBY leader in the Boston-area where he serves as chairman of A Better Cambridge, a pro-housing and smart growth advocacy group he founded in 2012. ABC is the largest and most active  YIMBY group in the Boston region, and has successfully stopped restrictive zoning in Cambridge’s Central Square, advocated for higher density, affordable and  mixed-income developments around Cambridge, and helped elect pro-housing candidates to the Cambridge City Council. Due to his successful leadership of ABC, Jesse was recognized by the Boston Globe Magazine in 2016 as a “game changer” for his and the greater Boston YIMBY movement’s positive contributions to improving the Massachusetts economy. In addition to his YIMBY activism Jesse is the Senior Project Manager at B’nai B’rith Housing (BBH), a non-profit developer of affordable and mixed-income housing in Boston where he manages key elements of BBH’s housing work, including the design, permitting, financing and construction of new developments. He has 15 years experience in affordable housing and community development, having worked in the field in a variety of capacities including as a community organizer, public housing consultant, and in various real estate development roles including at the Somerville CDC and The Community Builders. He has a Master in City Planning degree from MIT and a Bachelor’s from Oberlin College.

Rob Frank is a Firm Principal, Civil Engineer, and Director of WBRC’s Architects Engineers Commercial and Civic Studios. He has over 25 years of experience conducting master planning and design for projects covering the commercial, civic, educational, and healthcare sectors. His expertise includes overseeing the design, management process, and client relationships for projects ranging from federally funded agencies to private investment groups.

Rob is a graduate of University of Maine, where he earned a Bachelor of Science from the College of Engineering. He is a LEED Accredited Professional.

Registering for this Event:

Your RSVP is requested by June 5, 2018. Payment is expected at the time of registration. No refunds will be granted to anyone who registers, but fails to attend or who cancels after June 5, 2018.

Visit www.mereda.org for more information and to register.

This entry was posted in Events, Networking, People. Bookmark the permalink.