At its sold-out forecast conference earlier this month, Shelly Clark was honored for two decades of service to the Maine Real Estate & Development Association (MEREDA), the trade association that advocates for responsible development and ownership of real estate throughout the state. Clark, who serves as the organization’s vice president of operations, was invited on stage for the presentation, where she was surprised by approximately two dozen of MEREDA’s board presidents from through the ages, while the more than 700 in the audience offered a standing ovation.

“If there were ever a ‘who’s who’ of Maine real estate, all these people on stage with us would be on it. Yourself included,” said Paul Peck, current board president with MEREDA. 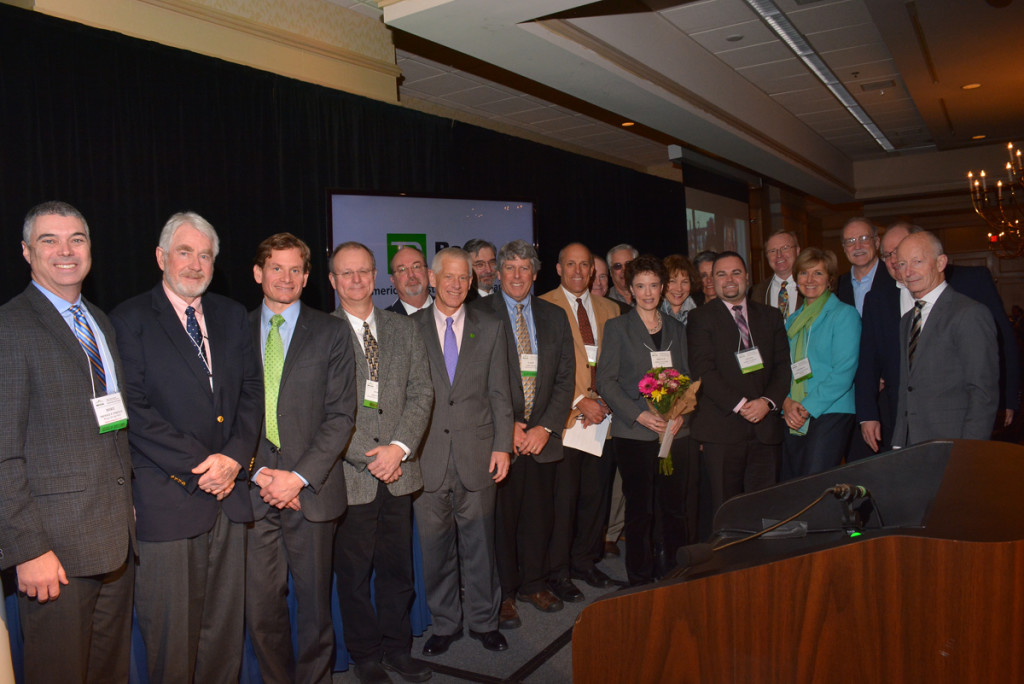 “In 20 years, you have made a big impact on all of us, stewarding the organization from a small interest group into a real force with which to be reckoned, selling out conferences and making headlines as we influence the economics and policy priorities of this great state,” continued Peck. “[Y]ou have cultivated amazing personal relationships, and time and again, have gone out of your way, and in some cases stretched out of your comfort zone, to keep us on stable financial footing and to maintain the infrastructure upon which we all rely.”

Clark was initially hired for an executive assistant position at MEREDA and has been tapped for progressively responsible roles over the years. She now serves as the most senior member of MEREDA’s staff, overseeing the statewide organization with more than 300 member companies.

Clark, a native of Houlton and resident of Portland, is a graduate of Thomas College with a bachelor’s of science degree in business management.

This entry was posted in Business, Networking, People. Bookmark the permalink.