The Right Equation for Responsible Development: Spotlight on Village Centre

In multi-part series exclusive to the Maine Real Estate Insider, we’ll provide an up-close look at the most notable commercial development projects of the past year that are helping to fuel Maine’s economy in terms of investment and job creation.  MEREDA is proud to recognize responsible development based upon criteria including environmental sustainability, economic impact, energy efficiency, social impact and job creation.  Please join with us in celebrating Village Centre.  A conversation with Erin Cooperrider at Community Housing of Maine (CHOM).

Erin Cooperrider:  Village Centre is a new construction, 48-unit apartment building providing affordable housing for working families. The 55,000-square foot, 3-story, elevator building includes a community kitchen, library, playroom, conference and meeting rooms, bicycle storage, and service animal washing station, and was constructed in accordance with a rigorous energy standard certified by the Passive House Institute U.S. Approximately 12% of the electricity used by residents of the building is provided by solar panels on the roof, and the project was designed to be user friendly for persons who are blind or visually impaired.

The project included the Village Centre and grounds, as well as improvements constructed on city land to create a new municipal parking lot, a new bus stop shelter, a new curb cut allowing the bus to pull over and stop without halting traffic, and a new sidewalk connecting these improvements with the existing municipal recreation center and ball fields.

Village Centre is the second largest Passive House certified multifamily structure in the U.S., and the first multifamily project in New England to achieve this certification.

Erin Cooperrider:  The project is located in a downtown revitalization area, which the City of Brewer identified in the Highland Street Community Revitalization Plan.  The Plan goals are to 1) preserve, enhance and strengthen the residential aspects of the plan area, 2) increase the availability of affordable housing, 3) increase the availability of community services, and 4) create a more attractive High Street Community Revitalization Plan area.

After an extensive process to try and identify a new owner and feasible rehabilitation program for a former school in the district, the City of Brewer decided the best way to redevelop an important in-town parcel was to demolish the building and remediate the site, making way for sale of the property and new construction.

The City of Brewer worked closely with Community Housing of Maine in support of the redevelopment of this former school site, which involved changes to the land use ordinance regarding density, and the creation of a Tax Increment Financing District, which provides the project with operating support and made funds available for a municipal parking lot, which CHOM developed for the City as a part of the larger project.

The decision to try and attain the Passive House certification came long after the project was begun. CHOM had completed two LEED certified projects, and was still seeking better energy performance and thermal comfort for residents when the Passive House energy standard was suggested by CHOM Board Member Gunnar Hubbard. 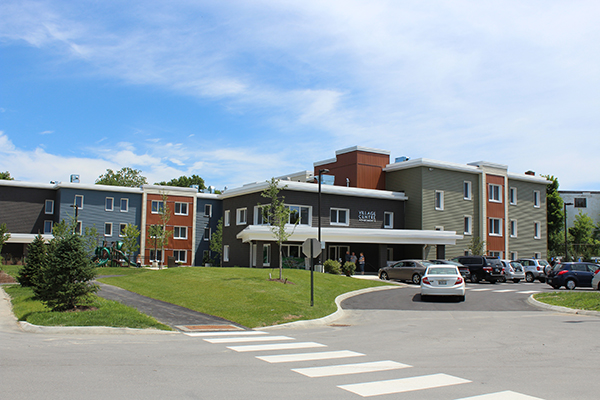 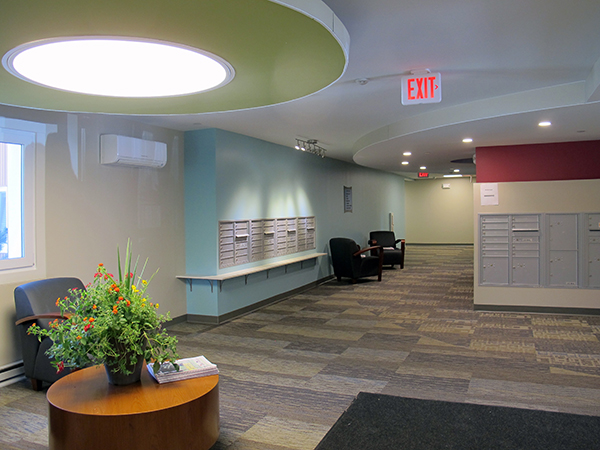 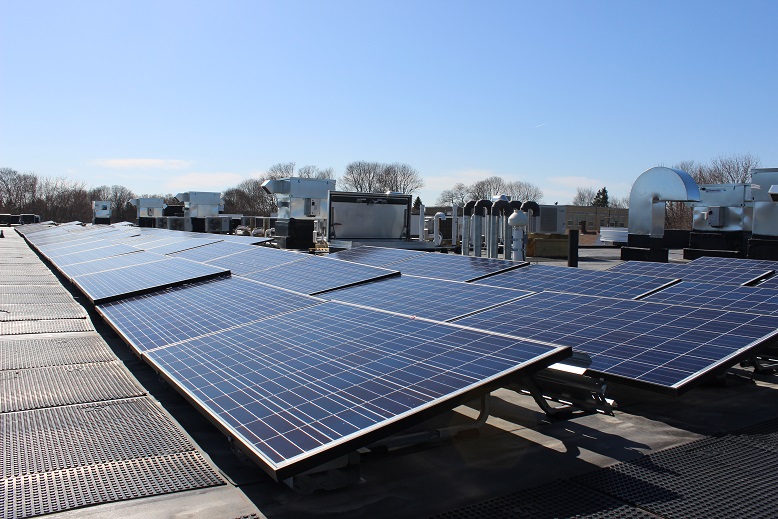 Erin Cooperrider:  Almost two years from conception to construction start, including the extra time it took to figure out how to meet the Passive House certification requirements inside a hard cost cap imposed by the financing requirements. The design development team called on the experience of several outside engineers and met every two weeks for months to get the design, the energy model, and the plans and specifications right.

Erin Cooperrider:  The most challenging aspect of the project was its sheer complexity. We had terrific support from the City of Brewer, but there were many firsts for the city staff, who had to work their way through some complicated issues. The financing structure necessarily brings in many state and federal regulations, not to mention multiple lawyers. We also had the addition of extra elements like the solar arrangement, which was made possible by a Housing for Everyone grant from the TD Charitable Foundation, and involved a power purchase agreement – possibly the largest document on a closing agenda featuring 142 other documents. Figuring out how to design and build to the Passive House standard required many extra meetings and a lot of research for the design team. Executing that plan in the field put extra pressure on the contractor, Wright Ryan, and the field staff. The air sealing coordination meeting with the subcontractors, for example, involved no less than 21 people and involved going through the entire plan set, page by page. And for the third-party Passive House Rater, doing the testing for the certification, figuring out how to adapt the existing testing protocol to multifamily buildings was just part of the challenge.

Erin Cooperrider:  Building to the Passive House energy standard was not difficult, didn’t require any dramatic changes to the way we are otherwise constructing multifamily buildings in Maine today, and didn’t cost much more than standard construction (about 5 percent more), but produced a much better building.

Erin Cooperrider:  Certainly, the Passive House certification makes the project notable not just in Maine, but nationally for this achievement. The climate in Maine combined with the cost cap imposed by the financing made this particularly challenging. We’re very proud of the team that helped make that certification possible, and grateful for the lessons we learned about how to build a better, greener, more energy efficient building along the way. We have been honored by the attention the building has attracted nationally, and the opportunity to talk to our peers in other states about the process and the result.