Say NO to Rent Control 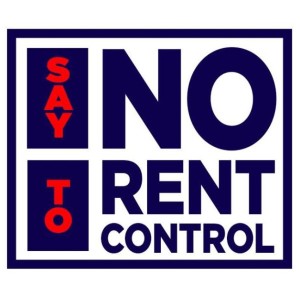 Portland Question 1 – the rent control proposal –  is on the ballot for Portland voters’ consideration on November 7. MEREDA believes that if passed, the initiative could have significant and unintended negative impacts on the city of Portland and its rental market.

We made the decision to oppose the referendum based on our commitment to support safe, affordable housing and responsible property ownership and management in Portland.  MEREDA is in the business of promoting the fair and responsible development and ownership of real estate throughout the State of Maine – whether that be a single-family home, a multi-unit apartment building, low income housing or other commercial real estate. We know how vital the housing and rental market is to the fabric of a community. Our community and the availability of affordable housing are very important to us. While we acknowledge that the availability of affordable housing is a concern in Portland, this referendum is not the solution the problem.  In fact, this ordinance would create many unintended negative impacts.

Portland Question 1 discourages affordable housing development, builds a massive new bureaucracy, and creates a rental market that is less safe. It’s bad for affordable housing. It’s wrong for Portland. If you care about affordable housing, make your voice heard. Say no to rent control. Vote no on Question 1. As Dana Totman, the President and CEO of Avesta Housing recently said, “One might think that Question 1 is going to help with housing affordability. We don’t think so. Therefore, we oppose question 1.”

First, there is no provision in the ordinance that would guarantee that low-income tenants would even get a rent-controlled apartment. In fact, this wouldl make it harder for low-income tenants to obtain housing, as landlords would be much more particular in selecting their tenants, and would reasonably look for tenants with higher credit scores and incomes. This would limit access to affordable housing for the very people who need it most.

Second, once tenants get into rent-controlled units they tend to stay for long periods of time, which further exacerbates the housing supply problem.  In a healthy rental market, people move up from the lower rents to the higher rents as their incomes and families grow.  The issue is really a supply and demand one, and not one of out-of-control rents. The solution is to add affordable and market rate rentals in the community, which would ease the supply problem, rather than controlling rates on the existing rental housing stock.  If Question 1 passes, we can reasonably expect a much slower rate of growth in rental housing in Portland, which is the opposite of what is needed.

Third, with limits on the return landlords can earn on their investments, they would have little incentive to improve or maintain their properties, which could lead to a decline in housing and neighborhood quality, and an increase in tax burden on all Portland homeowners.

Fourth, under this proposal, landlords would be unable to evict problem tenants. The suggested requirement that landlords place five police calls before evicting a problem tenant could be dangerous for neighboring tenants, and would be burdensome on the police department. Neighbors of problem tenants would have to live beside them for an untold amount of time before a landlord could successfully remove them.

Finally, the proposal will require the formation of a new city department, created to monitor the 18,000-plus rental units in Portland. At this point, voters don’t have any idea what the costs associated with this additional bureaucratic entity would be, but it is important to note that in the similarly-sized markets of Berkeley CA, Santa Rosa, CA, and Cambridge, MA, the costs to administer rent control are several million dollars annually. A proposed landlord board would be comprised of four tenants and one landlord, which is nowhere near a fair representation.  In essence, the city would cede its authority and responsibility, and tenants would be deciding what rental property owners would be allowed to do with their investments.

If passed, Portland ballot Question 1 would create unfair hurdles for the creation of new affordable housing and for landlords.  This dangerous policy cannot be changed for five years!  We agree that safe, affordable housing in Portland is necessary, but this proposal is not the way to achieve it.  The negative consequences and impacts Question 1 would have on the rental market in Portland would be extreme, and exactly the opposite of what the proponents of this policy hope to achieve.  It is bad policy, bad for Portland’s renters and rental property owners, and bad for the Portland community.

This entry was posted in Advocacy, Business. Bookmark the permalink.